Hungarian gastronomy enjoys a certain fame around the world, as for example the „goulash-soup” is well-known everywhere. Nevertheless, todays’ Hungarian cuisine had majorly overgrown the meals cooked by Hungarian shepherds. We would like our guests to enjoy a maximally wide spectrum of gastronomic pleasures, as there is a lot to taste in Hungary besides the well-known paprika-boosted Hungarian „red cuisine”. You can taste the Hungarian contemporary cuisine as well as the results of today’s Hungarian gastronomic research, which follows the cooking traditions of the period preceding the introduction of paprika in Hungary in the end of the 16th century.

As indicated by the name (“Wine Lab”), the restaurant aims to give a home to guests who are taking delight in the popular viticulture. It unites the traditional atmosphere of wine-drinking and civilized hospitality. The blend of the brick walls of this old Budapest building with its modern furnishing creates unique surroundings.

The range of selection includes six top quality house wines and around fifty different types of bottled wines from all the significant Hungarian wine-growing regions. BorLaBor restaurant offers customers a cuisine where emphasis is laid primarily on old Hungarian flavours, combined however with certain dishes of modern cookery as well. 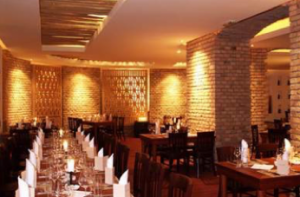 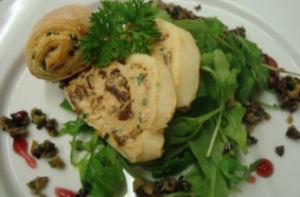 The First Strudel House of Pest started its operation in 2007, uniquely in Hungary, in the heart of Budapest, in a historical building built in 1812, with the mission to preserve, hand down and popularize this real Hungarian tradition; the experience gained in preparing and consuming strudels in order to provide guests with gastronomic adventures that carry weight, history and values.

The restaurant offers small programs, including dough-stretching/strudel making workshops. Long-term residents will also find it appealing as a great place to get any of the aforementioned meals, and the main dining room makes a great spot for a date, while the back room is perfect for larger parties and company events. 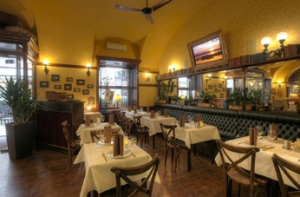 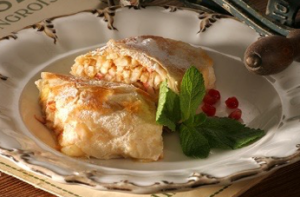 No wonder that this Budapest restaurant is so popular with locals and foreign guests alike and is a favourite place for business and family meals, receptions and gala dinners and – with this atmosphere, naturally – romantic dinners as well. 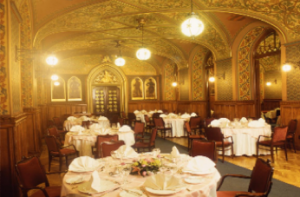 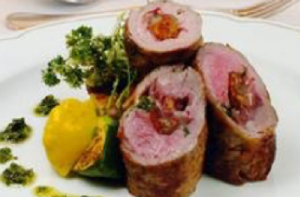 The area of the restaurant was a military caserne working in the 19th century. Later the building turned to be a tobacco factory, its cellar has been a storing room for years. The house has been renewed 20 years ago, this has been the time when the present restaurant has been established that has a capacity being suitable to host even 360 guests by now. In addition to the rich selection of dishes in the standard menu card, we recommend new specialities usually weekly, and offer locally brewed beer upon Bavarian license, and exclusive wines to accompany their dishes. 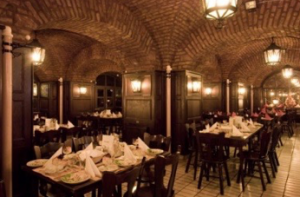 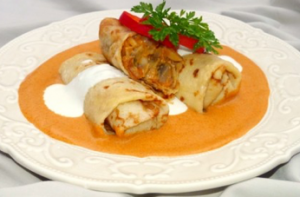 The restaurant named after the great Hungarian king Matthias opened at the Pest side of the Danube by Elizabeth Bridge in 1904. The house serves authentic Hungarian foods accompanied by the finest wines of the country and Gypsy music played by members of the Lakatos dynasty in the evening and at midday on Saturday and Sunday. Beautiful stained glass windows and frescoes recount scenes from the life of King Matthias. Waiters and waitresses serve at table dressed in period costume. 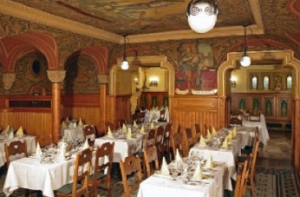 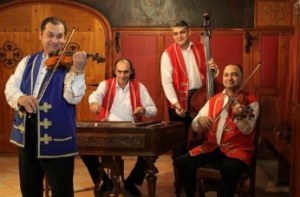