We offer our private tours for individual (FIT) guests. We organize tours for singles, couples, families and for smaller groups up to ten persons. We run these programs with quality private cars or minivans with A.C. We work with profession drivers and expert local guides. Please contact us for more details!

The guests will be acquainted with the most famous sights of the city (e.g. Heroes Square – with statues of the historical Hungarian kings, City Park with Europe’s largest thermal spa, Andrássy Avenue, Opera House, St Stephan’s Cathedral, Parliament, Chain Bridge, Castle District, Matthias Church, Fishermen’s Bastion), the most interesting stories of the locals, and general information about history, the city, and life in Hungary.

We take you to the picturesque Artists’ Village, called Szentendre. We wander around the baroque settlement, built on medieval ruins and walk along the narrow streets. We invite you for a coffee and cake in a 100-year-old famous confectionary. Then you will have the opportunity to go shopping or to visit the famous Margit Kovács Ceramic Museum or the Confectionery Museum (marzipan figures). 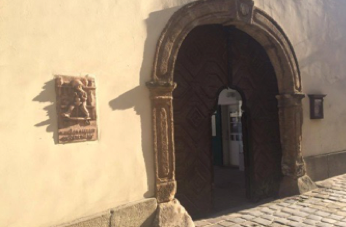 This Royal tour will take us to Gödöllő to visit the second largest Baroque palace in the whole world. It used to be a summer residence of Queen Elisabeth, otherwise well known as Sissi, who was married to the Emperor Franz Joseph.

The building is constructed in double U shape and it is surrounded by an enormous park. During the communism era the palace served as a Soviet Army base. However, after the change of political system, the renovation started and it still continues. The tour will take us through the palace and through the rooms. We will also take a short break in local Cafe for a coffee and cake (not included in the price).

The Danube Bend – an excursion into Hungary’s history. This is an unforgettable tour along the “Blue Danube”. Visegrád: we walk close to the 750 year-old stones of the formal Royal Residence, learn about life in the middle ages and enjoy the fascinating panorama on the Danube valley. Esztergom is the centre of the Hungarian Roman Catholic Church. We visit the largest cathedral of Hungary. Afterwards, we glance across the river and enjoy the view over to Slovakia. Szentendre is called the artists’ village where we stop on the way back. It is a small baroque town at the gate of the Danube Bend in a beautiful natural environment. We walk around the baroque settlement, built on medieval ruins and go up the narrow streets to the panorama point to see the Danube.

Trabant car is the one and only true tangible legacy of the Communist era. Either you can do  an “ordinary” city tour to see the top attractions of Budapest or you have the opportunity to see the “communist face” of Budapest. Come and see the giant statues at Memento Park and learn more about Hungarian life during the previous political system. Doing a Trabant Tour is a unique way to see the sights. Book your private Trabant tour now and do not forget to bring your valid driving licence with you. After a short training we let you to drive the Trabant car.

Tour goes only in English.

Some facts about the Trabant cars 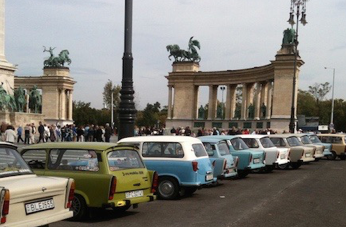 Vienna, the Capital of Austria is situated only 240 kilometres from Budapest, at a 2,5 hours drive on the motorway.

On this tour we drive along the famous Ringstrasse (Vienna’s main boulevard) to give you a first impression of the most important sights of Vienna and show you the City Park, the State Opera House, the Museums of Fine Arts and Natural History, the Parliament, the Burgtheatre, the City Hall and the Votive Church.

Then we take a short walk to the most beautiful parts of the city centre: Museumquarter, Hofburg (winter residence of the Habsburgs), Kärtner Strasse (shopping street), the Stephan’s Cathedral etc.

After the tour we provide you time for shopping in the elegant pedestrian area or there is an opportunity to visit Schönbrunn Palace or any other museums, or you can explore Prater, the well-known amusement park.

On the way home we stop at Hundertwasser’s House (journey into the land of creative architecture). Return to Budapest. 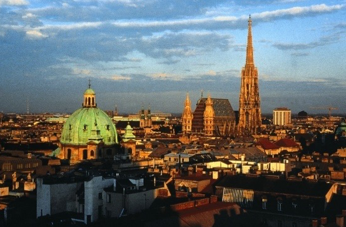 The cooking school is a contemporary cosmopolitan cooking place where you can master the basics of Hungarian as well as international cooking in a funny and interactive atmosphere.

The hands-on courses give you the opportunity to cook and ask questions side-by-side with our Chefs. Learn about the basic ingredients and spices like paprika along with best cooking practices so that you’ll be able to treat your family and friends to a fantastic Hungarian dinner in your home country.

The courses run in the late morning hours finishing with a lunch. 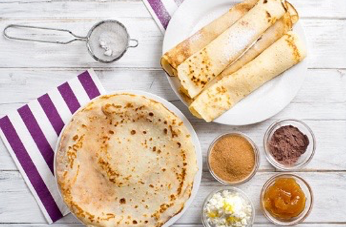 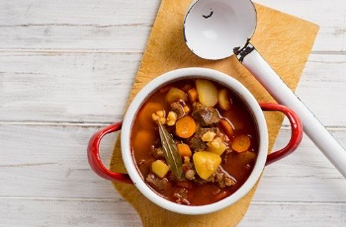 Budapest can rightly be called the city of spas, and the Széchenyi Bath and Spa was its first thermal bath on the Pest side. Its thermal springs were discovered in 1879 – they are the deepest and warmest thermal wells in Budapest. It is a vast complex of 21 indoor and outdoor pools, the premier medicinal bath of Pest, situated in the middle of the City Park. The Széchenyi Bath and Spa is the largest thermal spa in Europe.

We recommend combining this program with a short visit in the famous Gundel Restaurant. There the guests can enjoy a Gundel pancake, a soft drink and a coffee or tea before or after the spa visit.

The Gellért Thermal Bath, known world-wide, built in Art Nouveau style, opened its gates in 1918 and was expanded in 1927 by the wave-bath and in 1934 by the effervescent bath. In the course of the modernization accomplished in our days, the sitting-pool in the swimming complex, the outdoor sitting pool and the children’s pool were renovated; they were equipped with a state-of-the art water filtering and circulation device. The Bath includes a department offering complex thermal bath activities and it also has an inhalatorium. 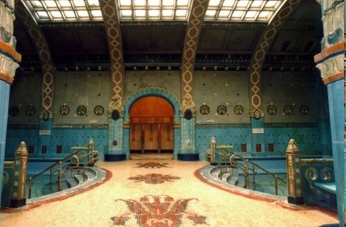 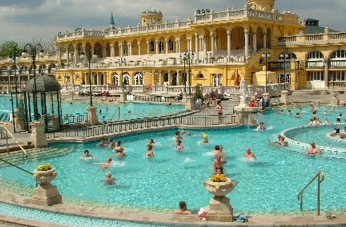 Escape game, is an adventure game which requires a player to escape from imprisonment by exploiting their surroundings, within 60 minutes. The groups (2-6 persons) have to solve locks, codes and puzzles, using their logic, creativity and imagination. The only way to succeed is to cooperate as a team, this makes it a good opportunity for team buildings, besides its adventure factor. There are 6 escape rooms, with different style and story behind, created in 400 m2 of basement. 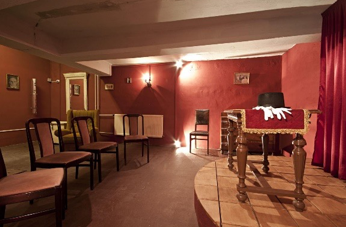 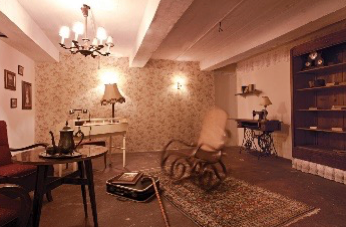